Login Get My Credit Report & Score 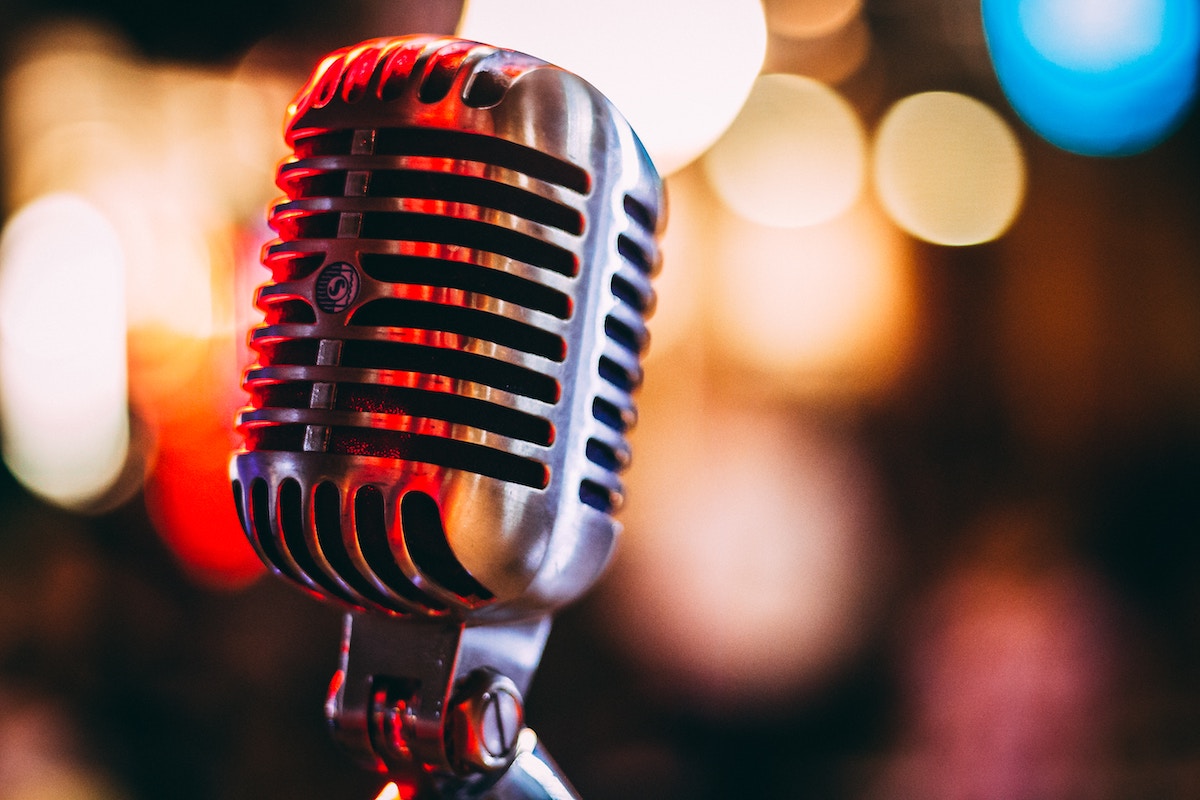 On December 5, 2019, Guard Well Identity Theft Solutions Founder and CEO, E. Allan Hilsinger, was interviewed by Rocky and Rachel on Cincinnati’s News Radio 700WLW. Topics discussed during the ten-minute segment (51:50 to 60:52) include the risk of living in a technologically advanced society, what a digital footprint is and how to reduce the risk of your data being collected and sold online.

Hilsinger remarked, “We all have a social security number. We are all at risk. If you haven’t already been victimized by identity theft or identity fraud, it’s going to happen. It’s a sad reality…” He stated that there are 3.5 million Google searches every minute and 4.3 billion Facebook posts every day “…all of that information is being collected and sold.”

What can be done to help reduce this risk? Hilsinger suggested the following in the podcast:

– Be careful about what information you put on social media. For example, remove your birthdate from your Facebook account.

– When you search online, do it privately. Don’t allow cookies if possible when looking at websites.

– Try not to share your location with Google Maps.

– Search for your own name on Google and see what pops up. If your name is listed on People Search or People Finder, you can submit a request for them to pull your information down.

Hilsinger also discussed a service site called DeleteMe.Com that will facilitate users in deleting their presence on other sites and will provide information on privacy laws in multiple countries to better educate the users on their rights in relation to data privacy.

To listen to the full podcast, visit https://www.iheart.com/podcast/eddie-rocky-20799661/episode/rocky-and-rachel-12519-53509284/?fbclid=IwAR2zfrqzsSc8c08pB3-YOiBR6WH3k3jszEVWPJytlzSlnyvJ3qVihPD7j6c

Not everyone has a smart speaker in their home or office, but most of us do have a smart phone. When setting up your device, you were likely asked whether or not you wanted to activate your assistant. Doing so doesn’t take very long … you say a few phrases when prompted so it can get to know your voice and that’s pretty much it … you officially have a virtual assistant. Have you ever wondered how your assistant actually works?

Virtual assistants, such as Amazon’s Alexa, Apple’s Siri and Google’s Assistant, use artificial intelligence (AI) to parse what is said or typed and then provide useful information back. Want to know something quickly without lifting a finger? Simply say a wakeword phrase such as, “Hey Siri,” or whatever your smart application is called, and ask away. You could say, “Who wrote Gone with the Wind?” or “What is 23.5 times 6?” or “Play I Can’t Get No Satisfaction.” When you talk to a smart phone or speaker, you know that your voice is being recorded and that there will be a result – sometimes it’s an answer, other times the correct action is taken or occasionally there may be an inquiry back to clarify the request. But, just as false starts happen in races, false positive recordings can be triggered by something as simple as someone zipping up their jeans because it sounds to Siri like the person’s muffled voice. If you have ever experienced Siri being accidentally activated during a time when not requested, you know that it can be a bit embarrassing … and a little unnerving.

If privacy is a big concern of yours, you might want to throw your smart speaker or device out the window. These instruments are indeed paying attention to us, but does this mean that they can listen and record all of the time? Amazon hopes so. A newly revealed patent application filed by the company is raising privacy concerns over an envisaged upgrade to the company’s smart speaker systems. This change would mean that, by default, the devices end up listening to and recording everything you say in their presence. The idea is similar to Apple’s live photos, where video is recorded before and after a user takes a picture. Since the application is being asked to do something for us, then we are basically acknowledging that our privacy isn’t desired at that point in time.

Amazon.com, Inc. employs thousands globally to help improve the Alexa digital assistant through its line of Echo speakers. Rene Ritchie explained in his latest blog (July 28, 2019) titled Why People Are Freaking Out Over Siri Privacy Right Now, that “the team listens to voice recordings captured in homes and offices. The recordings are transcribed, annotated and then fed back into the software as part of an effort to eliminate gaps in Alexa’s understanding of human speech and help it better respond to commands.” Ritchie remarked, “If Amazon does decide to use the tech in its products, it’s unclear whether customers would be able to opt out of the ‘always on’ recording.”

Ritchie continued on with detail about Amazon’s patent application. “While the patent application explains devices would record audio in 10 to 30 second increments and automatically delete unneeded clips, privacy experts say it is cause for concern because it demonstrates tech companies’ growing ability to surveil customers at all times and potentially misuse collected information.”

Let’s take a glance at another tech giant, Apple, who recently told The Guardian: “A small portion of Siri requests are analyzed to improve Siri and dictation. User requests are not associated with the user’s Apple ID. Siri responses are analyzed in secure facilities and all reviewers are under the obligation to adhere to Apple’s strict confidentiality requirements.” The company added that a very small random subset, less than 1% of daily Siri activations, are used for grading, like whether the request was intentional or a false positive that accidentally triggered Siri, or if the response was helpful. They added that those snippets used for grading are typically only a few seconds long.  But, what if those few seconds just happen to be you discussing a very private medical issue with your doctor or a very sensitive issue with a family member? How can you prevent being part of a company’s grading process? Currently, the only way to have peace of mind that a random stranger won’t listen in on your Apple device is to stop using Siri entirely.

Heidi Messer for The New York Times wrote that “consumers should not be so paranoid about privacy. “The right to absolute privacy no longer exists and excessive regulation of tech companies will only stifle innovation and prevent job creation.” Privacy in the digital age may not be completely deceased but it is hanging on by its fingernails. Just remember, when you agree to use these products, you’re often giving up much more than you think. 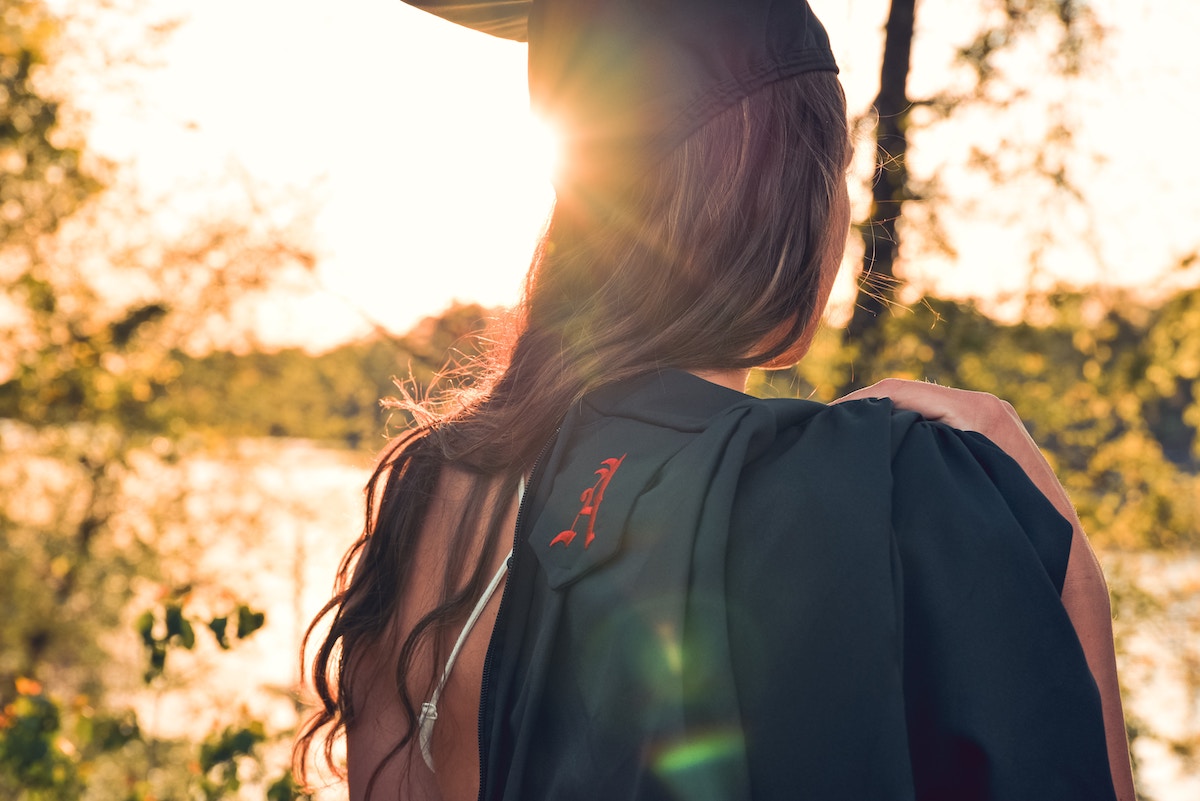 If you’re a grad, get ready to hear life experience stories from your graduation speaker and many others. The Federal Trade Commission (FTC) has some advice for you as well. Learn how to recognize financial scams. Younger people report losing money to fraud more often than older generations. According to Colleen Tressler, Consumer Education Specialist, FTC, 43% of those who reported fraud were in their 20s, while only 15% were in their 70s. Read More

What can you do to help avoid financial fraud?

– Never give out money or any personal identifying information (PII) in response to an unexpected request. Be wary of texts, phone calls and emails. Scammers commonly pretend to be someone you trust.

– Do your research. Be smart with your online searches and use terms like “complaint,” “scam” or “alert” along with the company name when you search.

– Understand that there’s no such thing as truthful caller ID anymore.

– Don’t wire money. Government and legitimate companies will not require you to pay for products or services with a reloadable gift card. Even using cards like iTunes and Google Play are risky.

– Recognize that robocalls are illegal and should be reported to the FTC. If you mistakenly answer one of these calls, hang up immediately.

Looking for a job?

– Check out job placement firms closely. These companies should not be charging high fees in advance for any type of service without a guarantee of placement.

– Keep in mind that the promise of a job isn’t the same thing as job. If you have to pay for that promise, it’s likely a scam. Read More

– Realize that there are many fake jobs listed on social media. Google the company name and visit their website along with the search term “career.” If jobs are not listed on their website and nothing comes up on Google, those are red flags.

– Don’t give out any credit or bank account information over the phone to a company unless they have hired you and have agreed to pay you something.

– Get job details in writing and take time to go over the small print. A legitimate company won’t pressure you into making an on-the-spot decision regarding your career.

Congratulations and make sure you enjoy your special day. We wish you the best of luck in your future endeavors!