Login Get My Credit Report & Score

What does it involve?
A data breach involves the release of secure or confidential information. This information is then shared in an often unknown and always untrusted environment. In most cases, if your company finds that a data breach has occurred, it will have involved your private data being stolen and shared via an unauthorized source. Additionally, some data breaches are caused due to intrusive or harmful software. This malware can further disrupt your IT and computer processes, and may even delete, hold to random or steal valuable business data.

What data can be stolen?
The information acquired could include:

What could this mean for my business?
A data breach can leave you at risk with various results. Identity theft is common, for example, if the hackers decide to act upon the information they find. Below outlines a few other ways that a data breach can impact a company and why it can be so damaging to your business.

Your business could suffer a significant revenue loss as a result of a security breach. A non-functional website could contribute to this, as customers will potentially look elsewhere if it appears your company isn’t up and running as standard. Work patterns are often disrupted with a data breach too, which can also have an effect on your overall output and revenue. In general, the primary damage of data breaches and cyber-attacks is the loss of money for a company or individual. It has been forecast, for example, that by 2021, cybercrime damages will cost the world $6 billion.

Your long-term reputation could be severely impacted by a data breach. A breach involving emails, for example, can set back your company due to the ongoing issues this could cause. Taking it one step further, the information about your customers is vital to keep safe, too. Breaches may often involve customer payment information. Many will take their business elsewhere, or be hesitant in the first place to trust your company with their information if they hear a data breach has recently occurred. Some data breaches can potentially shut the doors of your business and be hard to come back from.

As well as private information, a data hack can be taken one step further and may involve hackers targeting strategies, blueprints, and designs that are your company’s by right. Many small businesses think that they will not be affected by this; however, small businesses are often targeted more, quite simply because they are easier to hack. A loss of intellectual property can impact your business’ competitive edge, and take you back to square one if specific software is accessed, for example.

What now?
If you are concerned about where your company stands with its online protection, then talk to us, as we can recommend solutions and protection for you and your employees, meaning you can rest assured knowing your company is in good hands. 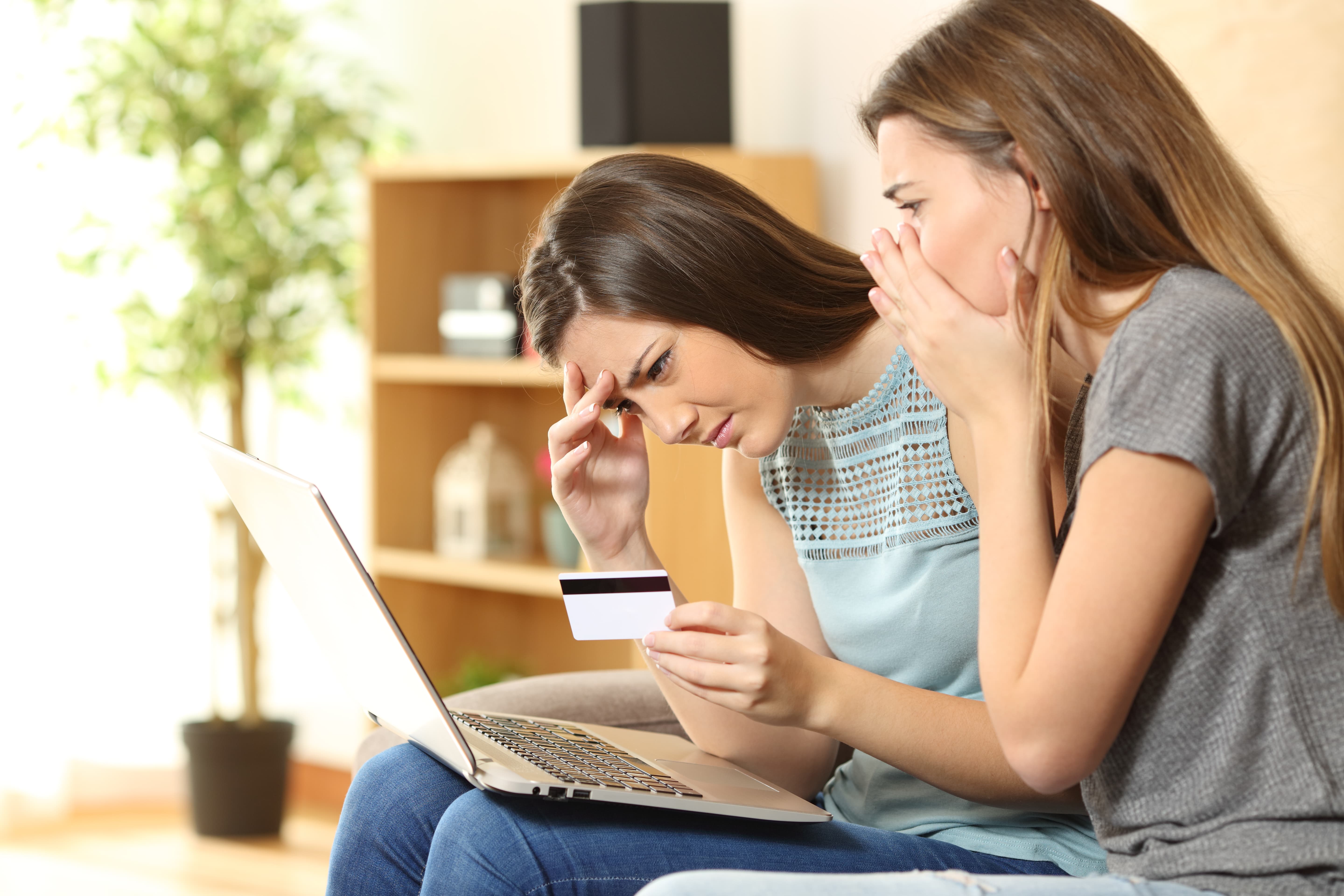 Unfortunately, fraud and identity theft are crimes which do not appear to be slowing down, with an incredible 44% increase in the number of data breaches last year. It is a prevalent issue throughout the US, with the crimes affecting all areas of society from stay-at-home parents to multibillionaire corporations with an outstanding 16.7 million of American’s impacted in 2017 alone.

The majority of Americans know what fraud and identity theft is. After all, it’s something we are taught in school, and the steps to take to protect yourself are widely discussed. We know the importance of keeping private data exactly that – private. What is less commonly known, however, is the lasting impact this terrible crime has for those who feel its effects. Often, the waves caused by identity theft and fraud can be lifelong, which can be categorized into two main pillars.

Perhaps one of the more well-known issues which arise due to identity theft is our financial wellbeing and stability. The damage this crime can do to your financial future can impact every area of your life, from your mortgage and rent payments, your retirement fund, even your child’s educational future. If a criminal accesses the pot of money you’ve saved to send your little one to college, the chances of recovering the amount is extremely slim.

Identity theft will also affect an individual’s credit rating, which then impacts on their financial future indefinitely. A low credit score can prevent you from being accepted for a mortgage, receiving investment for a new business, allowing you to take out finance for a new car, being rejected for a rental agreement, and so on. One way to protect your credit rating, however, is to ensure you regularly check it. This way, any anomalies you discover can be addressed sooner rather than later, minimizing the potentially damaging impact.

Similarly, if an identity thief gets their hands on your Social Security number, there’s no stopping them from committing Tax Refund Identity Theft, which means that sum of money you were looking forward to receiving is lost. The numbers for Social Security number data breaches is astounding: 158 million numbers were exposed in 2017. When a thief has hold of your Social Security number, it’s not something you can ignore or forget about; this number can then be sold on the dark web, potentially even years after the data breach has occurred. To recover from this specific identity theft, you will need to work closely with experts, and even the government.

There’s no denying that identity theft is an incredibly challenging and stressful situation to be in. The impact it has on your emotional well-being can be felt throughout the whole family. The most common emotional responses to fraud and identity theft include:

As this particular crime is one which there’s no way to predict, and often, it goes unnoticed for a period of time, the shock alone can trigger a horrible emotional response, one which doesn’t simply go away after a set amount of time. The emotional toll can play on a victim’s mind for many years. Anger is especially prevalent, but it is not always directed solely at the thief. It is common for victims of identity theft to blame themselves, and sometimes even blame family members. This blame then creates a domino effect, with a victim’s self-worth and confidence taking a knock, becoming especially anxious whether this crime could affect them again.

Unfortunately, identity theft and fraud appear to be growing in numbers, rather than decreasing. While this is a worrying statistic, there are ways to protect yourself against the unscrupulous individuals who seek to steal your data. By working with privacy experts, such as our team of specialists, you can resolve any worries and fears, recover any identity thefts, and work tirelessly to ensure it doesn’t happen again.